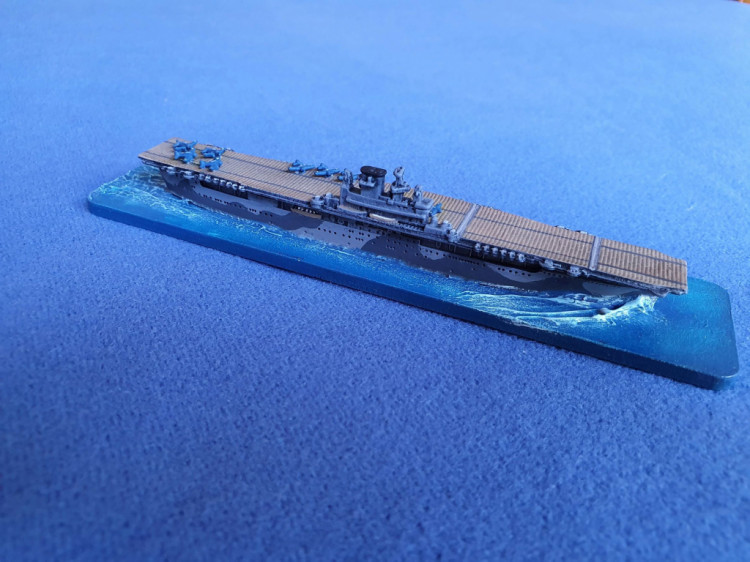 USS Wasp (CV-7) was a United States Navy aircraft carrier commissioned in 1940 and lost in action in 1942. She was the eighth ship named USS Wasp, and the sole ship of a class built to use up the remaining tonnage allowed to the U.S. for aircraft carriers under the treaties of the time. As a reduced-size version of the Yorktown-class aircraft carrier hull, Wasp was more vulnerable than other United States aircraft carriers available at the opening of hostilities. Wasp was initially employed in the Atlantic campaign, where Axis naval forces were perceived as less capable of inflicting decisive damage. After supporting the occupation of Iceland in 1941, Wasp joined the British Home Fleet in April 1942 and twice ferried British fighter aircraft to Malta.

Wasp was then transferred to the Pacific in June 1942 to replace losses at the battles of Coral Sea and Midway. After supporting the invasion of Guadalcanal, Wasp was hit by three torpedoes from Japanese submarine I-19 on 15 September 1942. The resulting damage set off several explosions, destroyed her water-mains and knocked out the ship's power. As a result, her damage-control teams were unable to contain the ensuing fires that blazed out of control. She was abandoned and scuttled by USS Lansdowne later that evening. Her wreck was found in early 2019.