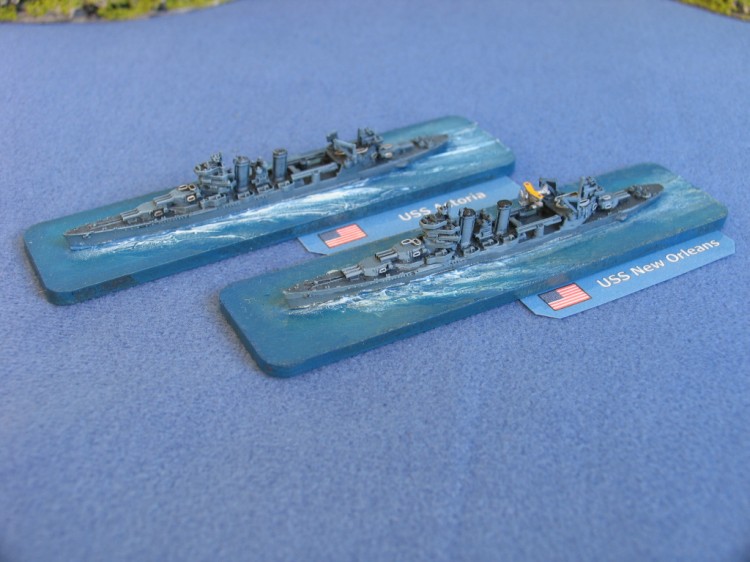 The New Orleans class cruisers were a class of seven heavy cruisers built for the United States Navy (USN) in the 1930s. Originally called the Astoria-class cruiser, the class was renamed after Astoria was sunk and the surviving ships of the class underwent substantial reconstruction.

These ships participated in the heaviest surface battles of the Pacific War. Astoria, Quincy, and Vincennes were all sunk in the Battle of Savo Island, and three others were heavily damaged in subsequent battles in the Guadalcanal campaign. Only Tuscaloosa, which spent most of the war in the Atlantic, got through the war without being damaged. Collectively, ships of the class earned 64 battle stars.