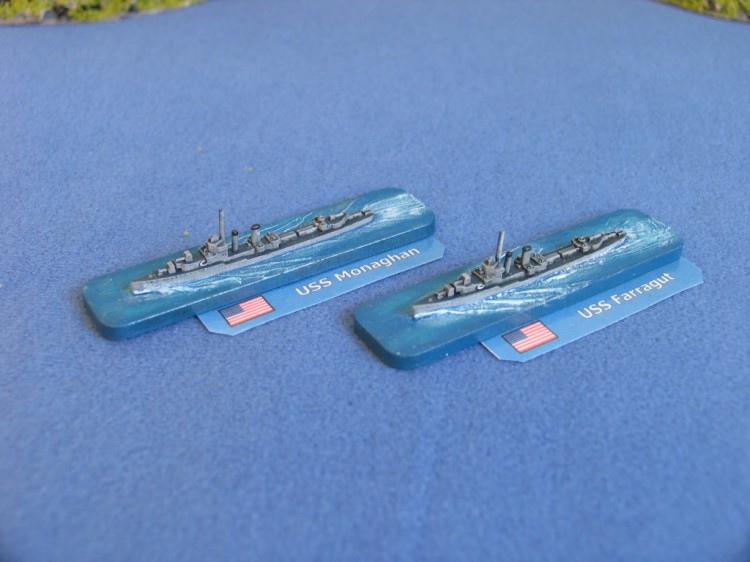 The Farragut-class destroyers were a class of eight 1,365-ton destroyers in the United States Navy, and the first US destroyers of post-World War I design. Limited to 1,500 tons standard displacement by the provisions of the London Naval Treaty of 1930, the ships were laid down beginning in 1932 and were completed by 1935. After 12 years since the last of the previous class of American destroyers (the Clemson class) was commissioned, the Farraguts were commissioned in 1934 and 1935.

These ships were slightly larger than their predecessors, faster, and they had only two stacks, versus the four stacks common to all the earlier classes. All eight Farraguts saw extensive front-line service during World War II