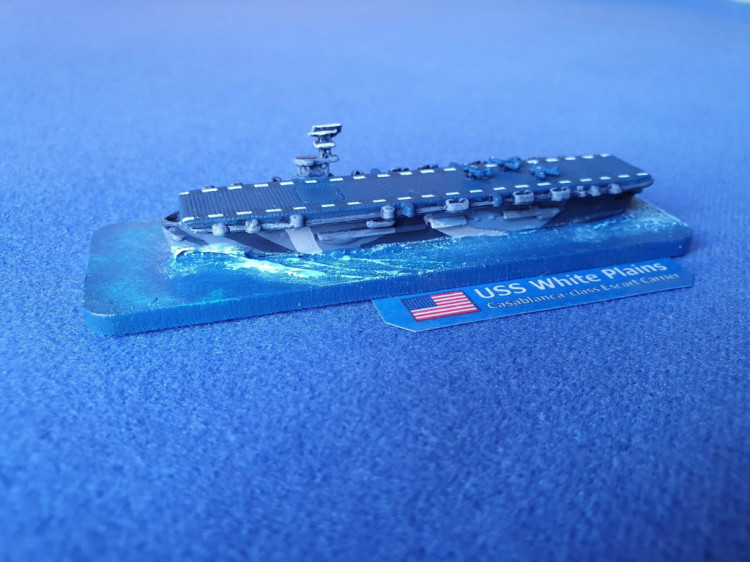 The Casablanca-class escort carrier were a series of escort carriers constructed for the United States Navy during World War II. They were the most numerous class of aircraft carriers ever built. Fifty were laid down, launched and commissioned within the space of less than two years – 3 November 1942 through to 8 July 1944. These were nearly one third of the 151 carriers built in the United States during the war.

Casablanca was the first class to be designed from keel up as an escort carrier. It had a larger and more useful hangar deck than previous conversions. It also had a larger flight deck than the Bogue class. Unlike larger carriers which had extensive armor, protection was limited to splinter plating. Their small size made them useful for transporting assembled aircraft of various sizes, but fighters were limited to smaller and lighter aircraft such as the Grumman F4F Wildcat. The hull numbers were assigned consecutively, from CVE-55 Casablanca to CVE-104 Munda.