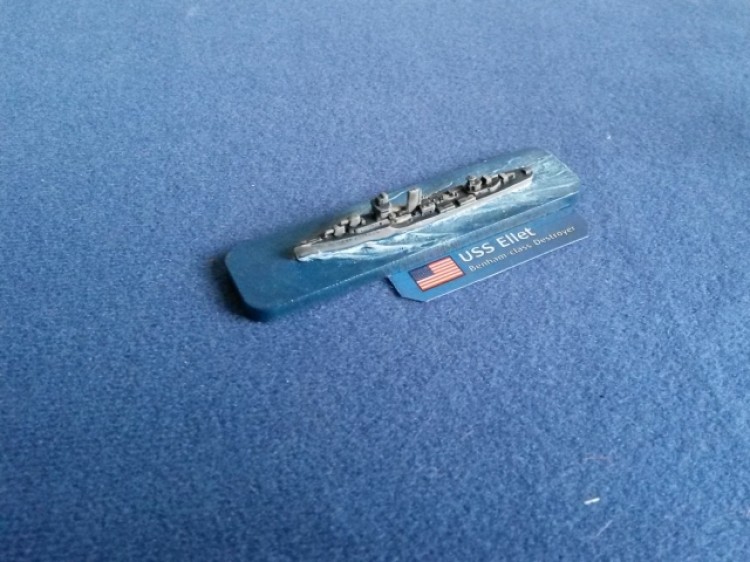 The Benham class of ten destroyers was built for the United States Navy (USN). They were part of a series of USN destroyers limited to 1,500 tons standard displacement by the London Naval Treaty and built in the 1930s. The class was laid down in 1936-1937 and all were commissioned in 1939. Much of their design was based on the immediately preceding Gridley and Bagley-class destroyers. Like these classes, the Benhams were notable for including sixteen 21-inch (533 mm) torpedo tubes, the heaviest torpedo armament ever on US destroyers. They introduced a new high-pressure boiler that saved space and weight, as only three of the new boilers were required compared to four of the older designs. The class served extensively in World War II in the Atlantic, Mediterranean, and Pacific theaters, including Neutrality Patrols in the Atlantic 1940-1941. Sterett received the United States Presidential Unit Citation for the Battle of Guadalcanal and the Battle of Vella Gulf, and the Philippine Republic Presidential Unit Citation for her World War II service. Two of the class were lost during World War II.