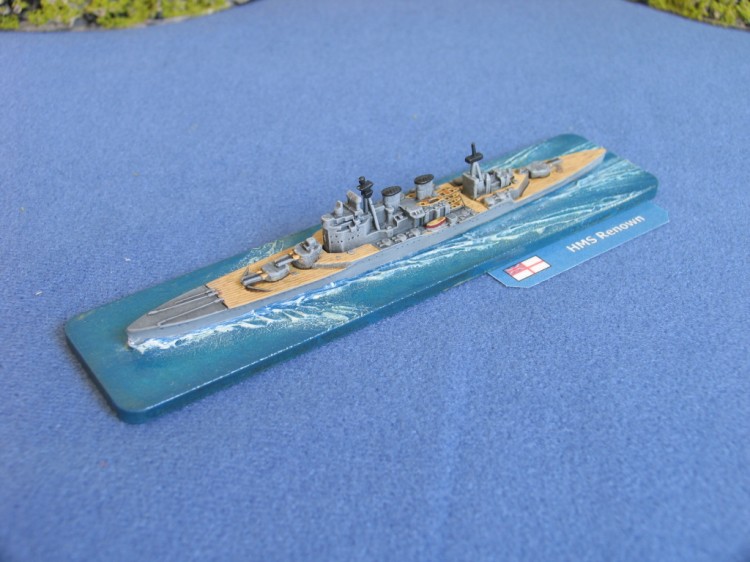 The Renown class comprised a pair of battlecruisers built during the First World War for the Royal Navy. They were originally laid down as improved versions of the Revenge-class battleships. Their construction was suspended on the outbreak of war on the grounds they would not be ready in a timely manner. Admiral Lord Fisher, upon becoming First Sea Lord, gained approval to restart their construction as battlecruisers that could be built and enter service quickly.

Repulse was the only ship of her class to see combat in the First World War when she participated in the Second Battle of Heligoland Bight in 1917. Both ships were reconstructed twice between the wars; the 1920s reconstruction increased their armor protection and made lesser improvements, while the 1930s reconstruction was much more thorough, especially for Renown. Both ships served during the Second World War.