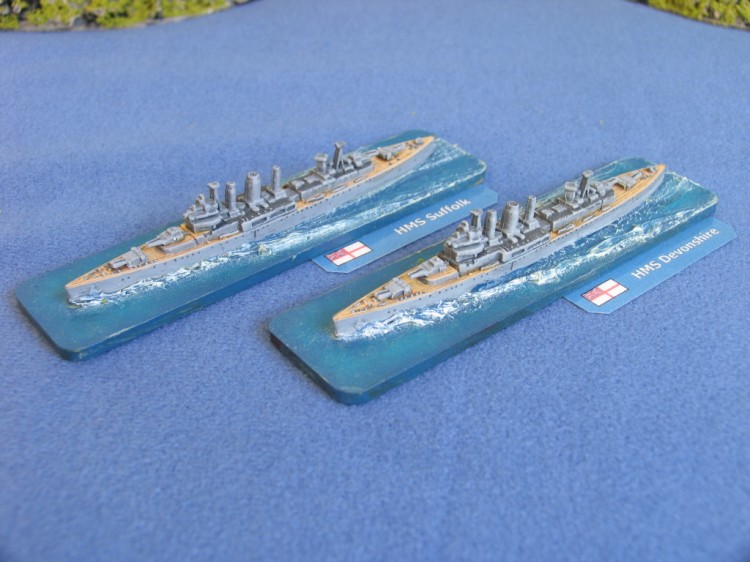 The County class was a class of heavy cruisers built for the Royal Navy in the years between the First and Second World Wars. They were the first post-war cruiser construction for the Royal Navy and were designed within the limits of the Washington Naval Treaty of 1922. Such ships, with a limit of 10,000 tons, standard displacement and 8-inch caliber main guns may be referred to as "treaty cruisers" (the term "heavy cruiser" was not defined until the London Naval Treaty of 1930).

The thirteen Counties were built in three distinct sub-classes: the Kent, London and Norfolk classes. They were the only 10,000-ton 8-inch gun, or "A", cruisers that the Royal Navy built. The Counties are remembered for their distinctive three-funnel layout and service in all the major naval theatres of the Second World War.