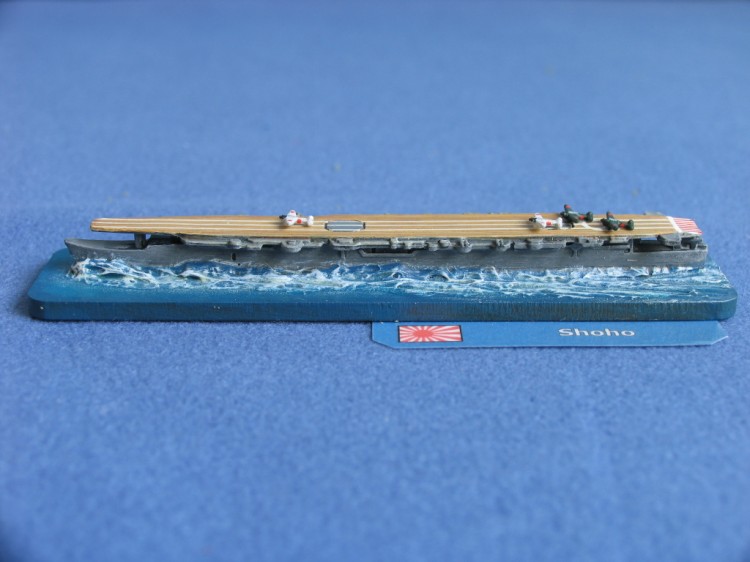 Shōhō was a light aircraft carrier of the Imperial Japanese Navy. Originally built as the submarine support ship Tsurugizaki in the late 1930s, she was converted before the Pacific War into an aircraft carrier and renamed. Completed in early 1942, the ship supported the invasion forces in Operation MO, the invasion of Port Moresby, New Guinea, and was sunk by American carrier aircraft on her first combat operation during the Battle of the Coral Sea on 7 May. Shōhō was the first Japanese aircraft carrier to be sunk during World War II.