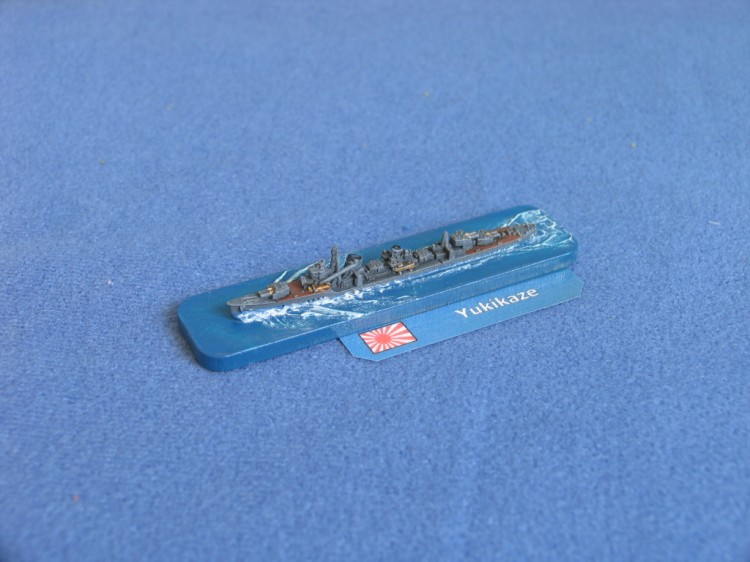 The Kagerō class was an enlarged and improved version of the preceding Asashio class. The main armament of the Kagerō class consisted of six 5.0 inch guns in three twin-gun turrets, one superfiring pair aft and one turret forward of the superstructure.

At the time of introduction, these destroyers were among the most deadly destroyers afloat, primarily due to the excellent range and lethality of its "Long Lance" torpedo. Only the lack of radar hindered their otherwise superb design. As with most pre-World War II ships, Kagerōs were also deficient in anti-submarine and anti-aircraft weaponry as designed. Over the course of the war these deficiencies were remedied, with depth charge capacity increased to 36 and the addition of four depth charge launchers; anti-aircraft weaponry also increased steadily to twenty-eight 25mm mounts by the war's end, which necessitated the removal of the upper rear turret.